Stay safe. Stay in your lane.
Bus lanes are reserved for the SunRunner, emergency vehicles and drivers making a turn. 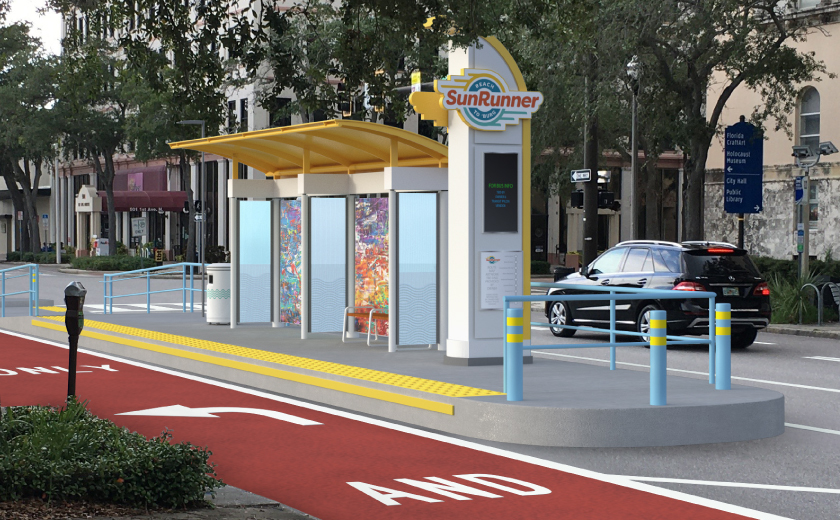 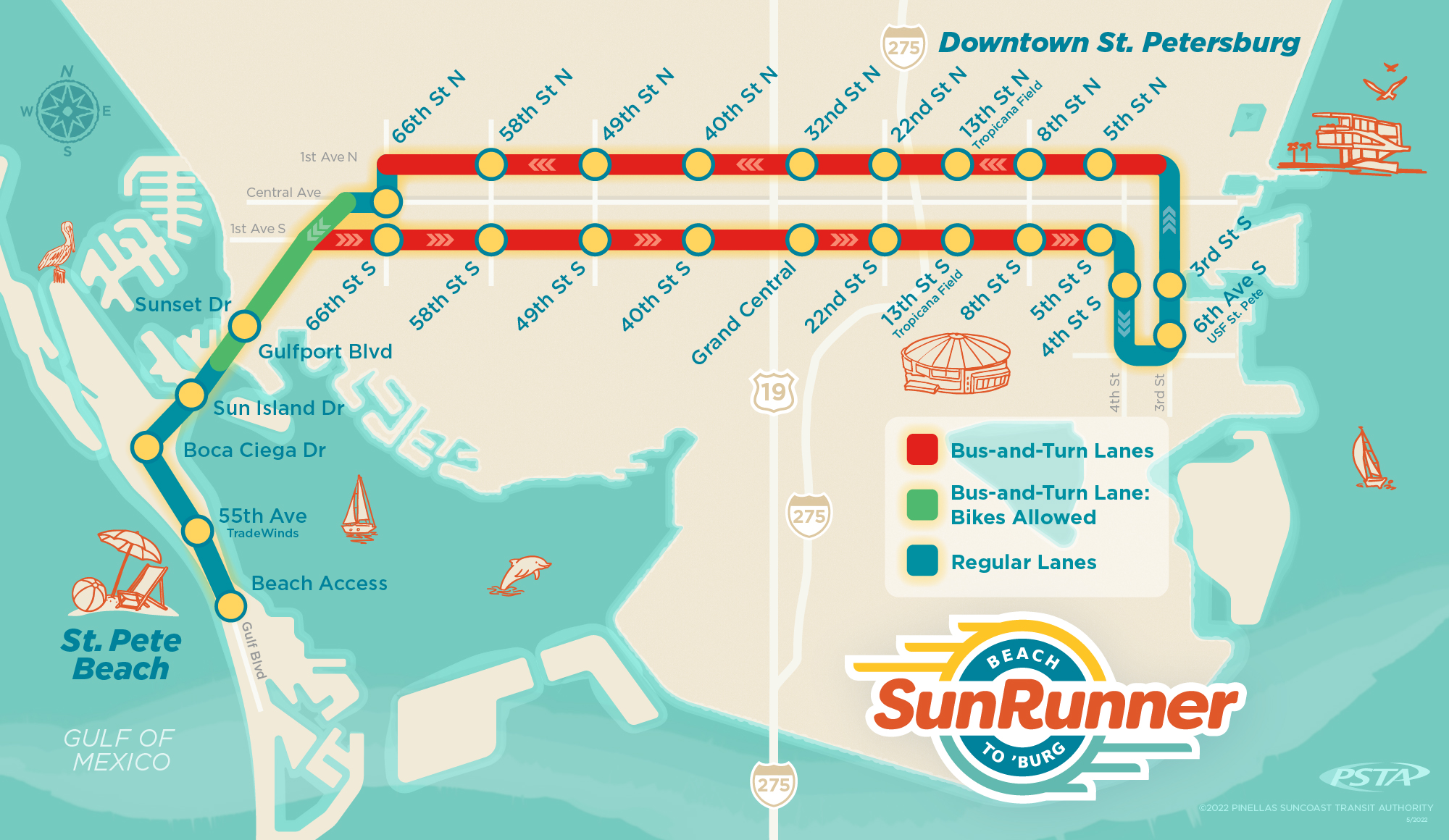 When entering the bus-and-turn lane, be sure to use your turn signal, and look around for buses in the lane.

Bus lanes effective 24/7. Violators may be ticketed or towed.

The SunRunner uses the outside lane on 1st Ave. S. between 16th St. and 4th St.

The SunRunner uses the outside lane on S. Pasadena between Central Ave. and Huffman Way. Bikes are permitted in this section only.

Note: Please do not bring rental bikes or scooters onboard.

Bikes are permitted in the section of SunRunner’s bus lanes highlighted in green below. 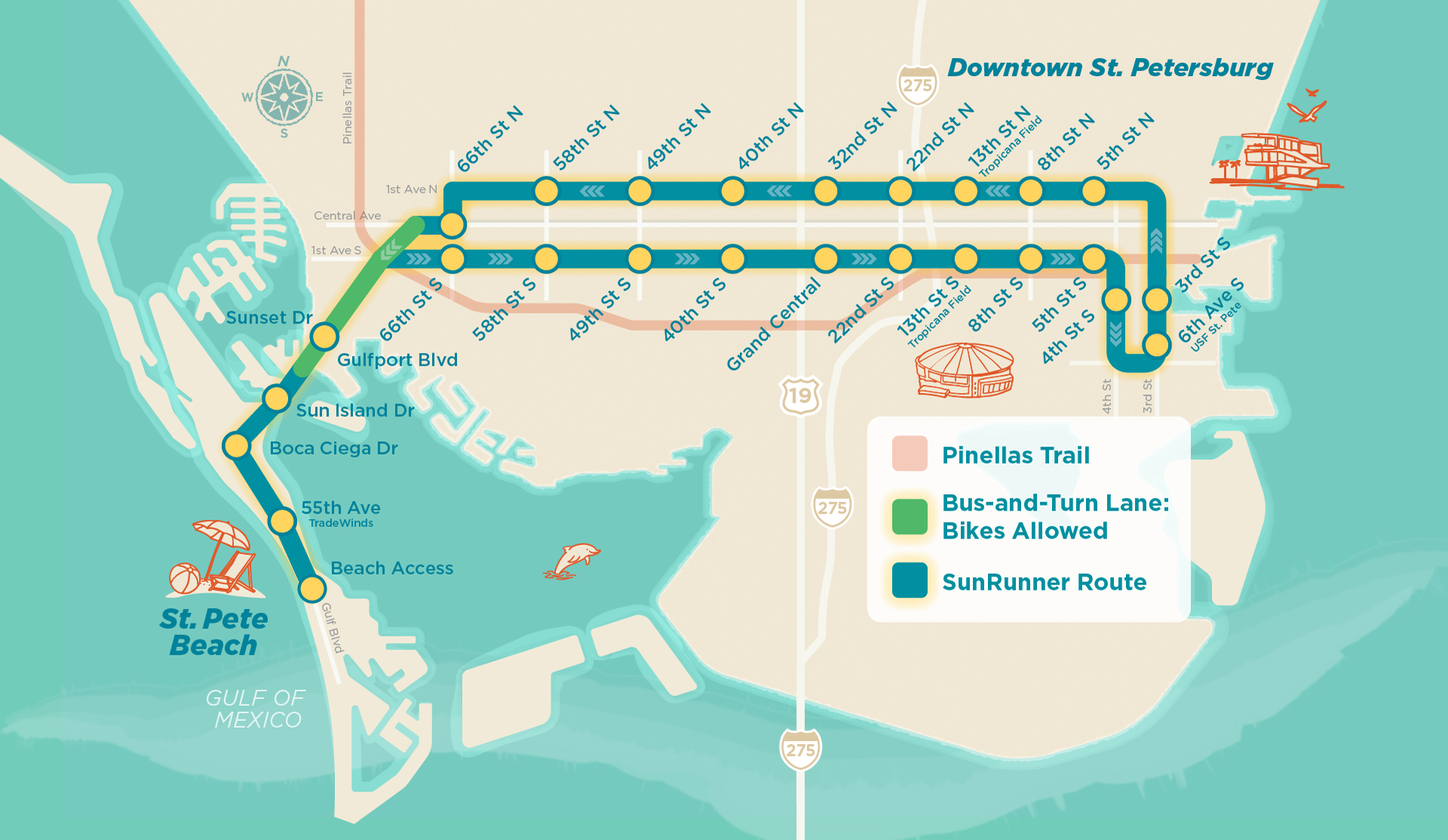 HOW TO USE INTERIOR BIKE RACKS 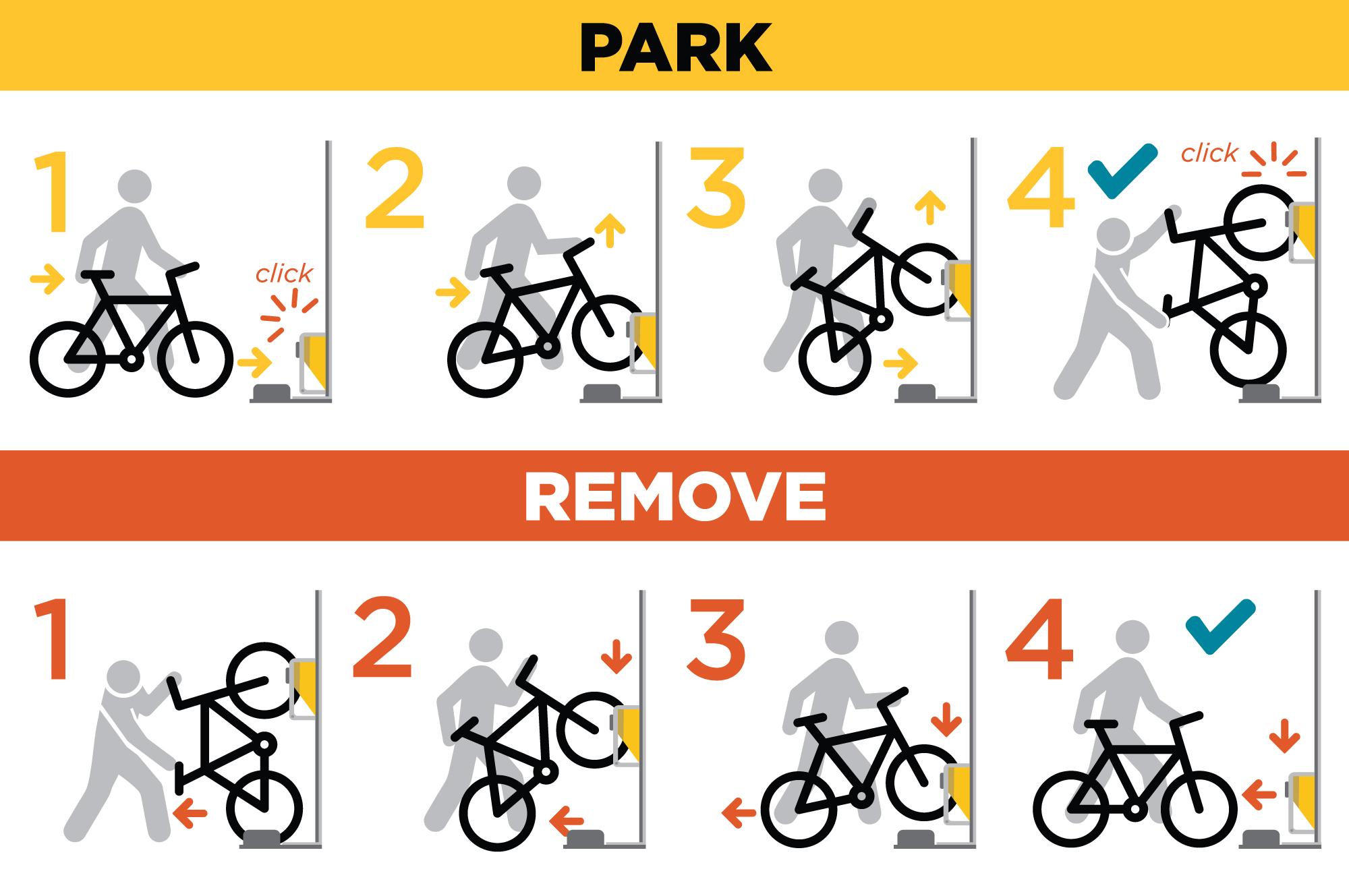 To have information delivered to your inbox regularly, sign up for our exciting newsletter.